Home Blog Lionel Messi is proof that nothing last for ever

Curtley Cedras considers himself a late bloomer in the sport of rugby having to put a lot of work to get to where he is today.

As a young boy with his cousin they would go around collecting two litre plastic bottles and fashion out an oval ball to play a game as improvisation due to lack of affordability to purchase a proper rugby ball.

“It all began for me when I was still a young boy but realised from that early age that I had been born into a special sporting family, a family that excelled in rugby, cricket and soccer,” reveals Cedras.

“My father played rugby on Saturdays and I would go watch him play and that’s how I got a love bite for sport.

“At school I also participated in athletics and cricket and got encouraged when everyone raved about my abilities but they kept on emphasizing that I was much better at cricket.

“I certainly did not expect to receive a national call up this year because to be quite honest, there hadn’t been much rugby played from last year.

“But I am now in the provincial set up playing for the Boland Cavaliers and my goal is that in 2022 I become a permanent part of the set up as a key player.

“We are playing Currie Cup First Division and at the age of 27 I would love to see myself at a bigger union like the DHL Stomers or CellC Sharks where the opportunity to play for the national team is much greater.

“I will have to be as consistent as I can possibly be so that other unions can start taking note of me and what I can do on the field.”

Cedras believes that it is important to improve his leadership skills as he considers himself someone blessed with natural abilities to lead.

“I have to focus on what I can control and what I can currently control is what I do and how I perform. The rest is out of my hands and hope someone sees me and I am looking forward to testing myself against the best.”

He feels that the biggest challenge was to make the grade as a professional at the age of 25.

He had always fallen short of cracking it and encountered numerous disappointments along the way in his attempt to achieve his major objectives.

“What kept me going was putting in the hard work because for most people it’s about talent but with me I’ve always had to fuse the talent with extra work.”

“I would like to wish all our beautiful women a happy women’s month and the days of just men playing the game have long passed. They have a big role in developing our sport and we need more women in the game.”

Cedras admitted that h was the biggest Lionel Messi fan and doesn’t think his departure from Spain was handled correctly, especially after one considers that he served Barcelona for 21 years after joining the team as a 13 year old toddler.

“It’s a lesson for us all athletes that wherever you are in life you must not settle down and continue to work hard and know that what you are doing will not last forever and even though Messi did all those things it was very easy for them to let him go which was heart-breaking for us as his fans.” 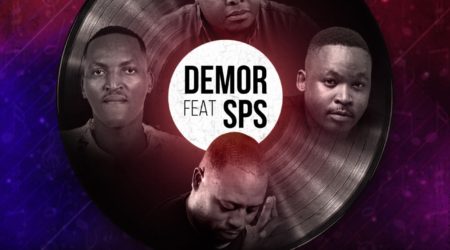