Home Blog Football is all about loyalty – Mungomeni

There is very little loyalty in football and your loyalty lies with whoever pays the bills for you. However, for Luvhengo Mungomeni, despite playing for some of the most prominent clubs in the country, he enjoyed his football at the famous Dube Birds.

A versatile modern defender, Mungomeni had spells with Bush Bucks, Black Leopards, Mamelodi Sundowns and had a single cap for Bafana Bafana before calling it quits in professional football in a career spanning 11 memorable years blighted by an assortment of injuries.

“My time with Moroka Swallows was one of the most memorable,” said the centre-back sometimes utilized as a fullback. “Swallows is the one club that I can safely say I thoroughly enjoyed my stay with them and they offered me a long term contract.”

Born in the far Northern region of South Africa in Siloam, Mungomeni started in the lower ranks of domestic football but his work ethic caught the attention of established clubs and soon found himself playing for Bush Bucks and later Black Leopards.

Although he later attracted the attention of Sundowns, he recalls the heartache he felt when Swallows was relegated to the National First Division during the 2014/15 season and the contract he had just signed was due to expire in 2017.

It was certainly a challenging time as he battled to regain full fitness from a long term injury watching from the side-lines as the club struggled and the knowledge that his only source of income has suffered a huge blow with relegation did not make things any easier.

But with the prospect of a swift recovery not anywhere near the horizon, Mungomeni hung up his boots.

However, like any other sport, football was ingrained in Mungomeni and retirement made him miss the action even more. Being away from the beautiful game forced him to accept a new challenge in his life as he got tired of sitting at home.

A surprise visit from his home town team – Mikhado – who campaigned in the ABC Motsepe league, rekindled his deep love for the game as they implored him to lead the team and explained their long term vision and ambitions with the team.

“The objective is to gain promotion to the GladAfrica Championship and compete with the best,” says Mungomeni. “So the call to come out of retirement became ever so loud and I accepted to join as I believed in the vision of the club where I double up as assistant coach.

“I am a player coach and because I have always been a fighter throughout my career, I strongly believe in this brand and I have no doubt that we are destined to qualify for promotional play-offs.

“However, one interesting aspect is that I am not planning on staying or playing for far too long due to the fact that I am already 36 years old now and am busy with other commitments outside football.”

It is true that people want to associate themselves with a disciplined individual and Pretoria Callies have identified Luvhengo as someone who could play a role in furthering the aims and objectives of their own brand and as such have nominated him from Limpopo to be part of their visit to a school in Venda on 15 April 2021 where they handed out a brand new soccer kit and also did some activations at the local malls which is something good for the community.

Luvhengo admits that earlier in his career, he had faced countless strikers that gave him a serious challenge when he came up against them. He confesses that he would be shaky in the first few minutes of the match but would compose himself and as the game progressed, would stamp his authority.

“I can recall really tough guys like the former Ivorian striker Serge Djiehoua, Zambian Collins Mbesuma, Lungisani Ndlela and Senegalese Mame Niang. I had less pressure as I kept growing and my move to Mamelodi Sundows also helped me a lot because I got to compete with the best in South Africa.”

The untimely passing of Anele Ngcongca and Motjeka Madisha has been very sad for him personally and believes their passing has also hit the nation very hard.

“I really feel for their families. When I was playing at Sundowns I watched Madisha growing up at the club and working so hard to be where he ended up at and the great things he achieved. Anele was a national asset, a true legend of the game and an amazing guy.”

Luvhengo reveals that boxing is his other love and he does not miss a boxing match which is one sport he would have been great at had he not decided to become the tall successful defender we now know.

“My dream was to play overseas when Swallows was fighting for position one in the PSL and a Chinese club was interested in signing me. We flew to China but the deal did not materialize and that did not demoralise me as I looked forward till this day. I have been truly blessed to serve the beautiful game of football.” 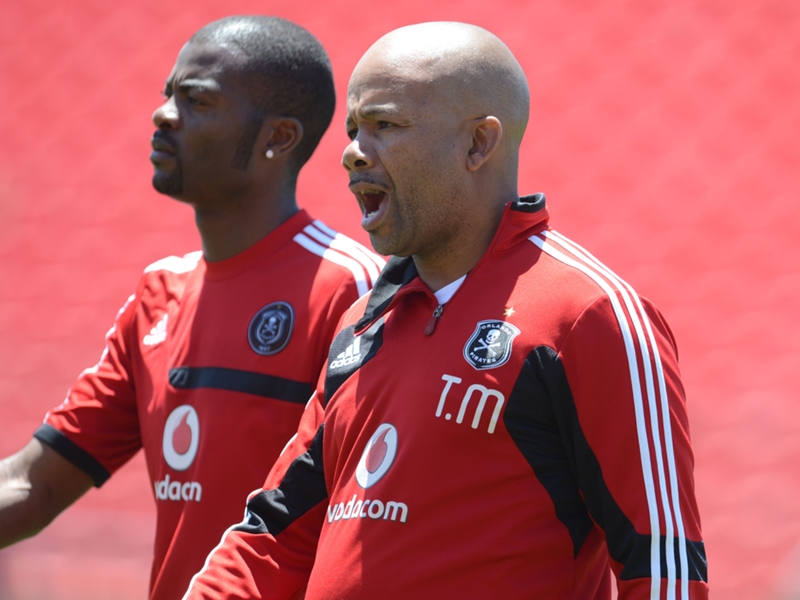