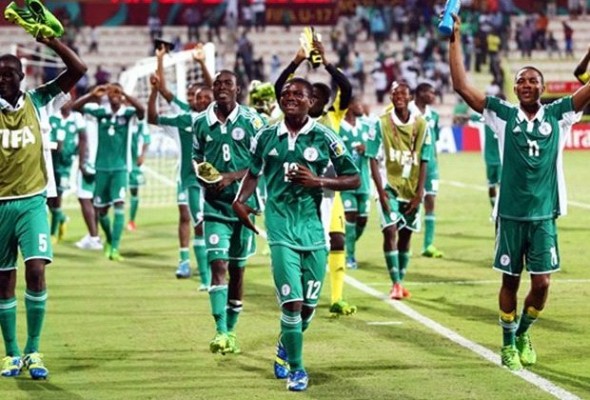 Gareth Bale’s agents have signed four of Nigeria’s U17 FIFA World Cup-winning stars, and they are now being linked with teams such as Bayern Munich and Paris Saint-Germain.

Nwakali was voted as the U17 World Cup’s most valuable player, while Chukwueze found the net three times on the way to Nigeria’s tournament win.

According to the Daily Mail, all four players are now being linked with some of Europe’s biggest clubs, such as PSG, Bayern, Arsenal and Manchester City.

Midfielder Nwakali has been heavily kinked with City, who signed his older brother Chidiebere Nwakali in 2013 after his sterling performances for Nigeria in the same tournament.

Stellar Group’s biggest client is undoubtedly Gareth Bale, whose £85 million transfer to Real Madrid in 2013 helped the company support staff who look after more than 500 players.