Home Blog Never give up on your ambitions and dreams 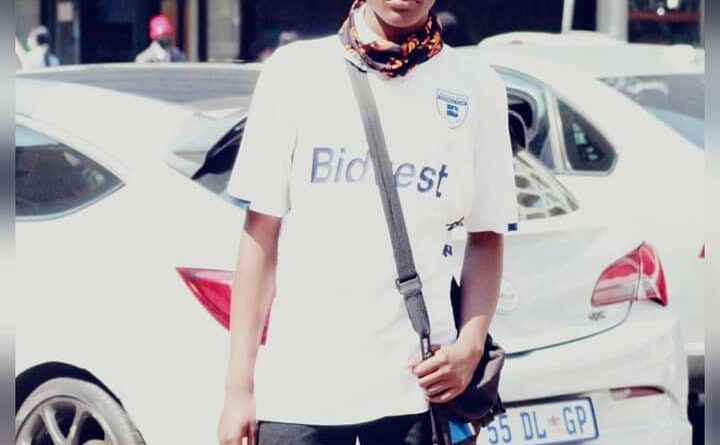 This has been documented often enough but it is a fact that young players around the world find themselves in far flung and very remote places and are thus forced to trek to the big cities in an attempt to realize their collective dreams of playing professional football.

It is always a difficult journey, fraught with countless obstacles along the way which usually requires a steely resolve and buckets of discipline for a lad from rural areas to ignore the bright city lights and focus on his main ambition of simply cracking it in the big time.

One such youngster who made the journey into the unknown from his humble village to the bursting city of gold is 18 year old Bulela Nokhotha who arrived in a city that has the same lure as a moth attracted to light – Johannesburg – three years ago in search of greener pastures.

Arriving in Johannesburg might be an achievement in itself, but staying focussed and surviving in the fast lane presents another challenge where sometimes there are no familiar faces or a family friend you can call on when the going gets tougher.

“When I look at where I am at right now,” said Nokhotha, “it wasn’t easy but I have not faced far too many challenges. I simply told myself that I was coming to Johannesburg to work hard and that’s what I’ve been doing.”

Nokhotha has settled quite nicely in Johannesburg and is successfully juggling his studies with football and appears to have found the right balance.

“I am doing my matric this year. I try my best to balance both school and football. It is not as easy as people may think because there are sad stories about these boys that leave home at a very young age but face unsurmountable obstacles, what with having to change schools and adjust to new surroundings?

“I am blessed to be signed with the University of Johannesburg and also playing in the SAB Regional League. It’s an unbelievable experience and a move that I needed to kick start my career.

“It is important to work on time management so that one has time for football and in my case I have been dividing time to train twice a week and the other days are utilized for school work.

“My dream is to continue playing while studying towards a degree. I would love to be an educated footballer so that even after my career has ended, I can focus on what I would have studied for.

What is common in South Africa is that not all players you play with at development level go on to play professional football at the highest level.

Some give up along the way while others find themselves caught by advancing age and end up having a fleeting romance with the beautiful game despite their early promise in the game.

Bulela has earned a fearsome reputation in a relatively short period of time and his peers call him “Bura” because of his never-say-die attitude to football and life in general.

As UJ FC they aim to push and hopefully win the regional league so they can qualify for the ABC Motsepe League promotional play-offs to the GladAfrica Championship at the end of the season.