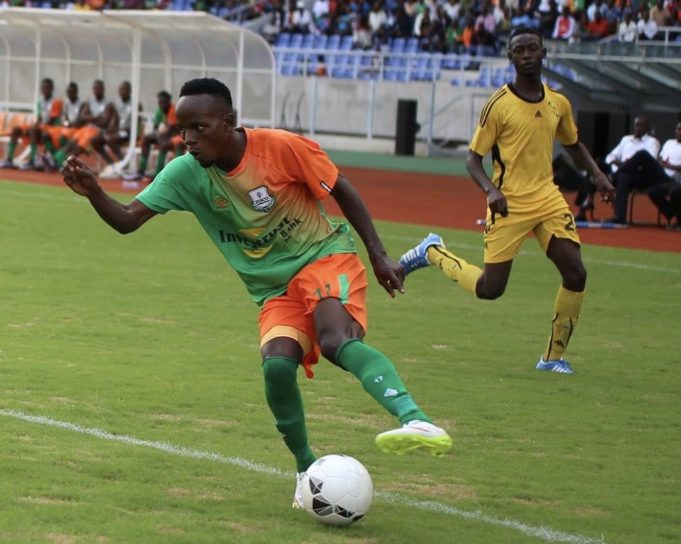 Their heroics as they humiliated South African Premier side Platinum Stars 4-2 in the CAF Confederation Cup two years ago was the stuff of legends. Then Mbabane Swallows were the talk of town and their names were sung in every corner across the eSwatini mountain kingdom.

But two years can be a very long time in football as Swallows find themselves eliminated from Africa’s premier club competition in only the preliminary round, beaten 4-0 by Simba of Tanzania in the second leg of the preliminary round of the Champions League at the Mavuso Sports grounds in Manzini on Tuesday afternoon.

Swallows, who lost the first leg tie 4-1 in Dar es Salaam a week ago in a highly controversial game in which they accused their hosts of all sorts of unsporting antics culminating with a bizarre muthi ritual prior to the start of their game, capitulated badly and lost 4-0 in front of their stunned followers.

However, offered an opportunity to set the record straight at home, Swallows fell further behind to a Clataus Chama strike in the 28th minute and before they could even pronounce his name, the same player struck again five minutes later to give the visitors a 2-0 lead and 6-1 aggregate.

It was a debilitating blow below the belt for a Swallows side that failed to gracefully glide into the sky and fly like the proverbial summer bird that they are named after and Simba seemed to sense the kill and went for the jugular in aggressive style.

Emmanuel Okwi smashed a third for the day and seventh overall six minutes after the resumption and Swallows appeared to be praying for the referee to end proceedings and save them from the humiliation they were experiencing in front of their passionate followers.

Veterans Wonder Nhleko and Tony Tsabedze tried their best to uplift and inspire the scattered “Birds,” and perhaps stage a remarkable come-back, but the famed maroon and white shirted Mbabane giants simply failed to negotiate their way out of first gear.

And Simba were not done yet and Maddie Kagere added a fourth in the 63rd minute as Swallows completely fell apart and must have been a relieved group of players when the referee finally blew his whistle to end the slaughter of the innocents.

Simba will in all likelihood face Nkana FC from Zambia in the next round, which is the last hurdle before the group stages. The Zambians boast a 2-1 win over Songo from Mozambique in the first leg and their deciding game was played in Lusaka late Tuesday.

*Bantu from Lesotho caused a major upset when they held Botswana giants Township Rollers to a 1-1 draw after both teams had also played out to the same stalemate in Gaborone in the first leg and James Madidilane’s Bantu won 4-2 in the ensuing penalty shootout.