I am saddened by events taking place in Cameroon. The Central African country, land of legendary Roger Milla, he of the sensuous hip swinging dance at the corner flag to celebrate every goal he scored at Italia ’90, is supposed to be hosting the CHAN tournament.

But the tournament has been shifted to the back door. And instead in-fighting, interference, back-biting, manipulation and every underhand means imaginable is taking place where I suspect that both the Confederation of African Football and FIFA are now inevitably headed for a serious confrontational butting of heads.

FIFA released a statement on Tuesday, approving the eligibility of several African candidates to contest both CAF and FIFA positions at their upcoming elective congress pencilled for Morocco on March 12, and that decision seems to have pulled the carpet from right under the feet of CAF.

The continental confederation has interviewed and declared the candidacy of Jacques Anouma and Augustin Senghor kosher and eligible for the CAF Presidency. They have set Thursday January 28 as the day they intended interrogating two additional candidates in South African Patrice Motsepe and Mauritanian Ahmed Yahya.

However, the decision of FIFA to hijack the CAF process and announce that both Motsepe and Yahya have passed the integrity test, two days before the duo were supposed to face the scrutiny of the CAF Good Governance Committee, is nothing short of sabotage of the worst kind intended to render the continental committee’s Ethics Committee as useless and redundant.

Mind you, CAF has brought this mishap upon themselves by first ruling that two out of four candidates have passed their eligibility test but the two others (Motspe and Yahya) would be called at a later date for further questioning. It raises suspicions as to why all four were not questioned simultaneously and the results of their eligibility announced at the same time?

Having said that, it still doesn’t give FIFA the right to undermine and interfere in the African body’s affairs with an attitude reminiscent of the colonial master. Yes, their attitude takes back to those slavery days when we used to listen to the master’s voice, when “Massa ordered us to pick cotton in the field and we duly complied without asking questions.”

Certainly gone are those days! Exactly what was wrong in FIFA waiting at least an additional day to enable CAF to interrogate the two remaining Presidential candidates and then make their own announcement instead of cutting the legs of the Africans?

What if, hypothetically speaking, in their interrogation of both Motsepe and Yahya, the CAF Good Governance Committee is not entirely satisfied about any of them? It means they cannot upset “Massa FIFA” but will have to toe the line as they have already been castrated by the world controlling body as far as their independence is concerned.

Now when you hear that FIFA has pulled the rug from under the feet of CAF, it makes you wonder why FIFA are interfering in the affairs of CAF or are there any sinister and ulterior motives, especially when you consider that there is absolutely no interference from them as far as UEFA’s upcoming elections are concerned? 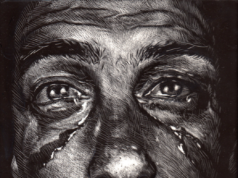 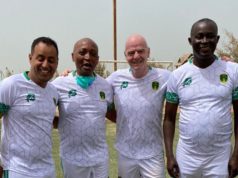