Grace Chanda’s name is certainly going to be written in copper letter in the hearts of millions of Zambian football followers after the mercurial striker led her native country to a historic first ever qualification to the Olympic Games.

Training Cameroon 3-2 from the first leg, final qualification match this week, (Chanda had scored the two away goals in Yaounde), she was once again instrumental as the Zambian ladies won the second leg 2-1 to end the contest in a 4-4 aggregate tie, but Zambia qualified through the away goal rule.

However, it is not all gloom for Cameroon as they still stand a chance to qualify with a play-off match against Chile on a home and away basis, but the truth remains that the Zambians are the last team standing.

The usual suspects Nigeria were eliminated by Cote d’Ivoire who in turn fell at the hands of Cameroon. And South Africa, who qualified for the 2012 and 2016 editions of the Olympics, were surprisingly eliminated by Botswana who in turn crashed at the feet of Zambia.

In truth, Zambia fully deserved their tickets to Tokyo. The last three years have seen the Zambian ladies knocking strongly on the doors of international recognition and slowly rising up the rankings.

“In 2017 during the regional Cosafa Women Championship, the team showed flashes of what it was capable of by emerging third at the regional championship,” read a statement from the Football Association of Zambia.

“FAZ did not relent and immediately set the women team on preparations for the Africa Cup of Nations qualification in Ghana.

“The Football Association of Zambia retained the same technical bench that worked tirelessly to qualify the team to the 2018 Africa Cup of Nations in Ghana.

“It was not easy meeting these assignments with the Football Association of Zambia meeting all the costs that includes travel and accommodation.”

The Zambian ladies did not exactly cover themselves in glory, crashing out of the group that had continental giants like Equatorial Guinea, Nigeria and South Africa they did however record their first ever win at the AWCON with a 5-0 bashing of Equatorial Guinea.

Zambia was back at the Cosafa Cup in 2018 to give the championship another shot and reached the semi-final in Port Elizabeth. The tournament was particularly special as guest team Cameroon gave Zambia a tough run having met them in the group stage where the Copper Queens triumphed 1-0 before losing by the same margin in the semi-final.

The team’s resolve was more visible in 2019 where their hallmark of consistency finally took them a step further at the Cosafa championship where they reached the final that they narrowly lost 1-0 to South Africa.

While they settled for silver, the writing was however on the wall that the team had finally come of age to challenge for top honours among the big guns on the continent.

It was a journey that started with a 5-0 win at home to the highly rated Zimbabweans before a walkover in Harare after the “Mighty Warriors” failed to show up in their own backyard over a bonus row.

The next opponents were Botswana whom Zambia beat 1-0 at home before recording an emphatic 2-0 away win with the Harambee Starlets of Kenya next on the roster.

In Nairobi Zambia drew 2-2 with Kenya before beating the East Africans 1-0 at home to book a date with the indomitable Lionesses of Cameroon.

FAZ set up a foreign camp in South Africa for the team in Pretoria at the High Performance Centre. It was an intensive 10-day camp that bore fruit in Yaounde where the team fought to a 3-2 loss to Cameroon but bounced back in Lusaka with a 2-1 win.

“Good preparations have been very critical in this race with FAZ sparing no effort in preparing the girls for international assignments,” continues the statement. “Despite the team receiving no government support, the association dug deep in its pockets to ensure that they push the team to achieve its goals.”

If anything, Zambia has proved that the balance of power in women football has significantly shifted in Africa and they can now be considered among the top dogs in continental football.

Congratulations to the Zambian girls and we wish them well on their way to Tokyo and trust they represent Africa well. 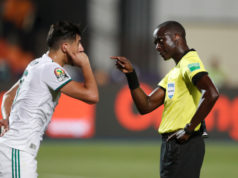