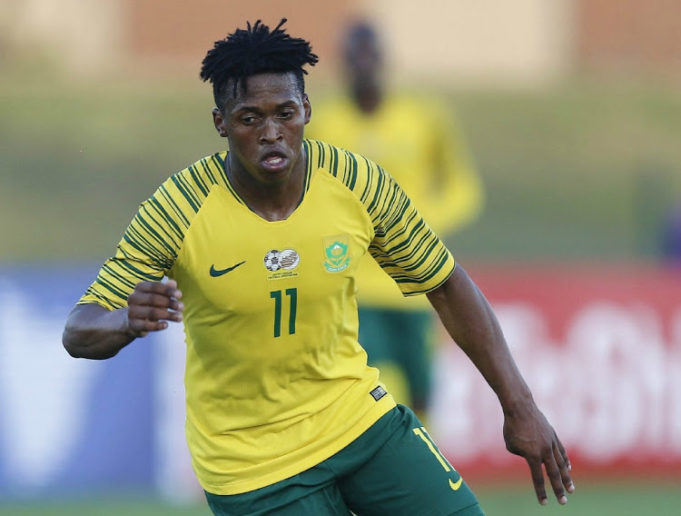 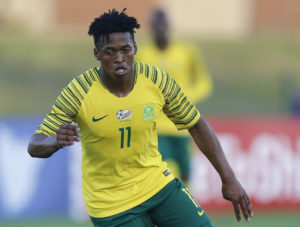 There were unprecedented scenes of happiness as the South African contingent celebrated their qualification for the 2020 Tokyo Olympics after defeating Ghana 6-5 in a penalty shootout at the Cairo International Stadium on Friday afternoon after the game had ended 2-2 after regulation time.

But while coach David Notoane has guided this golden generation to the biggest global tournament on earth, he knows that the road ahead is going to be an uphill climb along boulders and speed humps before he can select a team that would represent the country in Tokyo seven months from today.

“It was certainly a difficult match between two teams fighting for the remaining ticket to go to Tokyo,” said Notoane in a post-match conference. “But the nature of football is such that there can only be one winner and today, the winner happened to be us.

“Hard luck to coach Tanko (Ibrahim), it is never nice to lose a match on a penalty shootout. But I am also happy for my boys. They really pushed very hard against very tough opponents.

“And when you consider that with four minutes remaining on the clock before the match ended, we were 2-1 up and trying very hard to suppress the growing excitement that we have almost qualified.

“Then two minutes later, the score was 2-2 and you can imagine the anxiety and how emotionally draining it became until the end of the dramatic penalty shootout.”

South Africa put their noses in front when Ghana’s Habib Mohamed scored in his own net at the quarter hour mark after squandering countless opportunities. Habib tried to stop Luther Singh’s cross but he wrongly turned it into his own net.

But the Ghanaians returned much stronger and five minutes after the break they equalized. Evans Mensah received the ball outside the penalty area, and sent a curling shot to beat South Africa’s goalkeeper Mondli Mpoto.

South African however, responded almost instantly two minutes after the hour mark when substitute Kamohelo Mahlatsi with his first touch of the ball restored their lead when he received Lyle Foster’s pass to send a scorcher inside the Ghanaian net.

And when it looked all set for South Africa’s win, Ghana scored a late equalizer. Evans Mensah rounded his marker and sent a cross that fell to substitute Samuel Obeng who made no mistake to score and restore parity yet again five minutes from time.

When they qualified for the 2016 Olympic Games, it was goalkeeper Jody February who saved an astonishing three penalties against hosts Senegal and ironically this time around, it was again goalkeeper Mondli Mpoto who saved one of the spot-kicks to book the green and gold their ticket to Tokyo.

But once it all sinks in that they are going to Tokyo in seven months, Notoane remains under no illusion about the difficult road that lies ahead, particularly when one considers that there is very little synergy between the South African Premier League and the federation.

“We have now go back home and start preparations for certainly the biggest global sporting stage,” said Notoane. “Tokyo will happen between July/August but in South Africa we have serious challenges due to our domestic league which would only close curtains in May.

“I came to Egypt with a huge headache and although I’m relieved we have qualified, I know that we have massive challenges back home unlike here in Egypt where, is there is an international fixture, the federation calls off all domestic matches to enable national coaches to select players they want.

“But we hope to get full support from the Federation (SAFA), the professional wing (Premier Soccer League) and hope that the two can somehow find common ground and synergy to assist us in our programme leading up to Tokyo.”

Notoane is hoping to arrange a friendly international match for the team during the March 2020 FIFA week to fine tune their preparations and finalize his squad for the Olympic Games.
<