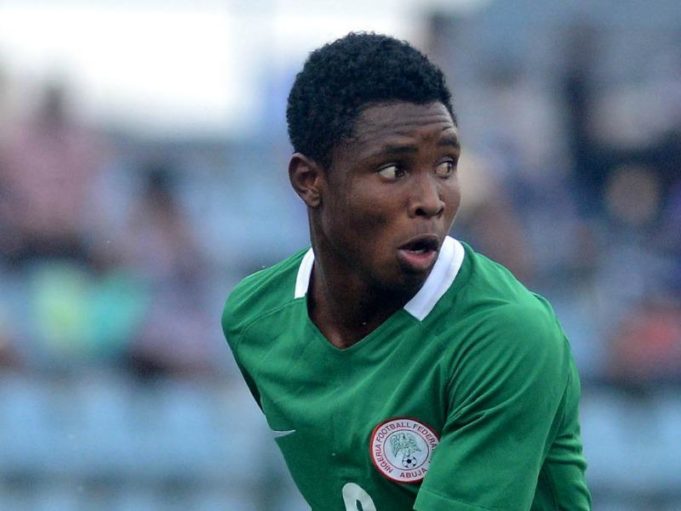 FIFA U-17 World Cup-winning goalkeeper in 2015, Akpan Udoh has been selected by Nigeria along with 20 others as the Flying Eagles start their hunt for the Total U-20 Africa Cup of Nations trophy scheduled for 2-17 February in Niger.

Incidentally, Udoh launched his career four years ago in Niamey when Nigeria finished fourth at the U-17 AFCON hosted in Niger to secure one of the four continental tickets to the Chile 2015 World Cup. He was also in the Flying Eagles squad that failed to qualify for the last U-20 AFCON in Zambia.

“Many were called but few were chosen and this is a new challenge for me after playing at the U-17 AFCON in 2015,” 19-year old Udoh told CAFOnline.com.

“We are good to go for this tournament (Niger 2019) because we have a very good team and I think everyone is important in this team.”

Also on the list is another player blooded in 2015 at the U-17 AFCON, striker Yahaya Nazifi, who struck a brace in the 6-1 defeat of Mauritania in the qualifiers and widely tipped across Nigeria as the “new” Didier Drogba because of his presence and prowess in the air.

Yahaya who recently signed for Danish side, Sonderjyske, is one of only three foreign-based players in the squad along with Norway-based duo, Afeez Aremu of IK Start FC and Igoh Ogbu of Rosenborg.

The squad guided by Paul Aigbogun side is completed with players who would hold their own against their counterparts on the continent and the squad to Niger 2019 will be captained by experienced midfielder Ikouwem Udo Utin who won silver with the home-based Super Eagles at the African Nations Championship in Morocco last year.

In Niger, seven-time winners Nigeria will open their account against the Junior Itamba of Burundi at the Stade General Seyni Kountche to be followed with two key ties against South Africa and February 5 and perennial rivals and hosts Mena of Niger three days later.

“We don’t need to underrate any team; South Africa is a very good team as well and they defeated us in the U-17 AFCON in 2015 and that was an experience,” stated Udoh, one of the three goalkeepers in the squad along with Olawale Oremade and Detan Ogundare.

“We would need to fight till the very end because our target is qualification for the World Cup.”