An indiscretion by former Ghana Football Association (GFA) President could end up bankrupting the West African country as FIFA descended down like a ton of bricks in an attempt to clean up the game of corruption.

Kwesi Nyantakyi has been banned by FIFA from all football activities both nationally and internationally after he was found guilty of violating countless FIFA ethical rules and beside the banning order, has been fined a massive US$500 000.

Nyantakyi was captured on a hidden camera by investigative journalist Anas Aremeyaw Anas appearing to accept a US$65 000 bribe from “supposed” businessmen claiming they sought to sponsors Ghanaian football.

Nyantakyi later apologized to Ghanaian State President Nana Akufo-Addo and the government for what he called his “indiscretion”. He denied any wrongdoing regarding match fixing.

However, the scandal, along with undercover footage that showed numerous football match officials receiving bribes, forced the suspension of the Ghana Premier League in June, which has still not resumed.

The tragedy now is that if Nyantakyi fails or refuses to pay the massive fine, the Ghanaian Football Association, according to FIFA, would be liable to pay the fine.

Former GFA board member Dr Kofi Amoah has been placed in charge of a four-member normalization committee in September that has been tasked with steering the affairs of football in the country for the next six months.

At least 10 different referees in Ghana have also been banned from ever participating in football activities across the world while close to 54 others were suspended for periods ranging from two to 10 years while in the unfolding bribery scandal in Ghana.

“The adjudicatory chamber found Mr. Nyantakyi guilty of having violated article 19 (Conflicts of interest), article 21 (Bribery and corruption) and article 22 (Commission) of the FIFA Code of Ethics,” FIFA said in a statement.

“As a consequence, Mr. Nyantakyi is banned for life from all football-related activities (administrative, sports or any other) at both national and international level. In addition, a fine in the amount of US$500,000 has been imposed on Mr. Nyantakyi.”

A day after FIFA handed out their verdict, Nyantakyi who is an attorney by profession, issued a statement indicating that he had instructed his legal advisors to appeal the sentence at the Court of Arbitration for Sport (CAS).

“I wish to express my shock and deep sadness after receiving the decision from the FIFA Ethics Adjudicatory Committee on Tuesday,” Nyantakyi said in a statement on Wednesday.

“My legal advisors are under my instructions to urgently appeal the decision as I think it was unfair, harsh and unwarranted. I will use all the legal channels available to seek redress and establish the facts I presented to the committee.

“Even though I have already resigned from all my football positions, it is important that I establish the facts with the sole aim of clearing my name.

“At this moment I am unable to provide any further details as my lawyers are reviewing the facts for appeal at the Court of Arbitration for Sport (CAS).”

Despite the various allegations against him, Nyantakyi has received sympathy from several top officials in football in his country as well as football fans across Africa who thinks the decision is harsh.

“I wish to express my sincere gratitude to the people of Ghana, Africa and indeed across the globe for the overwhelming support and outpouring of sympathy, Nyantakyi concluded in the statement. 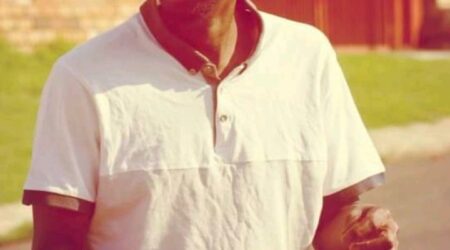