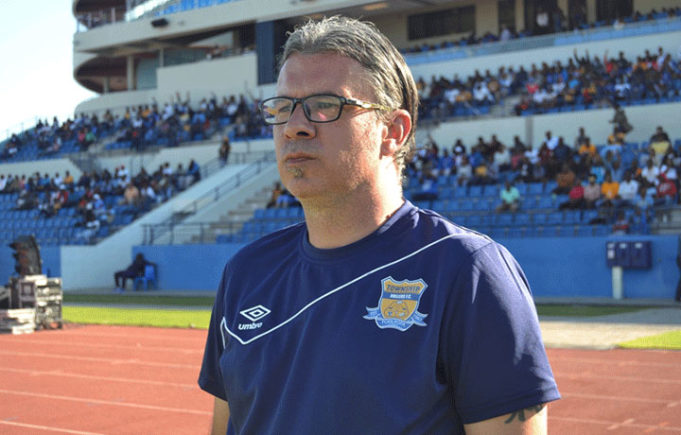 Is Wedson Nyirenda a dead man walking? This is the question observers are asking following the resignation of Township Rollers Serbian coach Nikola Kavazovic this week and the rumor mill went into overdrive regarding his next destination.

Kavazovic has been linked with a possible move to South Africa, initially to join Kaizer Chiefs but recently with a move to take over at Baroka and his resignation from Botswana champions Township Rollers appear to have set the cat among pigeons.

At the same time, Nyirenda’s Baroka lost 1-0 to Black Leopards in the Limpopo derby this week and unconfirmed reports coming out of the Limpopo side is that should Baroka lose to SuperSport United today, Nyirenda is as good as gone.

Although Kavazovic has denied to have been approached by Baroka or any South African club for that matter, his decision to part ways with Rollers is seen as an indication that he has probably been informed that the (Baroka) job is his for the taking.

“My agent Ivica Stankovic has not informed me of any contact from any PSL team,” Kavazovic who guided Rollers to back-to-back league championships and steered the popular Gaborone side to the group stages of the African Champions League for the first time in their history, told the Botswana Sunday Standard.

Kavazovic allegedly dropped a bombshell on Thursday when he bid his players goodbye at the end of their league match against Police X1 in the dressing rooms before the players dispersed to their respective destinations.

Bafana Pheto, the Rollers Communications Manager expressed shock and disbelief at the turn of events when hearing that Kavazovic has told his players at the end of the match they won 3-0 that it was his last match.

“We do not know whether he has resigned or not,” said Pheta. “He has not officially informed the team in writing or tendered his official letter of resignation. The players only informed us that he bid them farewell on Thursday night.

“We will treat it as a rumor until he informed us in writing,” said Pheto who also confirmed that they have been aware for some time that their coach has been on the wanted list of several clubs, but they expect him to be professional and honor his contract.

While Kavazovic was unavailable for comment, all eyes would be focused on proceedings at the Peter Mokaba Stadium where Baroka are entertaining SuperSport United as a negative result for Bakgaga could trigger the fall of the guillotine onto the incumbent coach.