Primeiro de Agosto’s coach will be relieved and probably pleased to hear that respected Zambian referee Janny Sikazwe will take charge of their second leg semi-final tie against Tunisian giants Esperance at Stade Olympique in Rades on Tuesday.

In the other second leg semi-final tie, another highly regarded whistleman – South African Victor Gomes, assisted by Johannes Moshidi and Zakhele Siwela – will take charge of the North African derby between Entente Setif and Al Ahly in Algeria on the same day.

Primeiro coach Zoran Manojlovic was highly critical of Senegalese referee Maguette Ndiaye following their hard fought 1-0 victory at home and did not pull any punches about the general competence of the referee.

“The refereeing was terrible and it hurt us a lot, but we managed to beat one of the best clubs in Africa,” said Manojlovic. “I do not fear playing Esperance in Tunisia – we continue to dream of reaching the final.”

Primeiro can certainly be allowed to dream as they registered one of the most sensational victories, disposing of Lubumbashi giants TP Mazembe in the previous round and take a 1-0 semi-final lead into the second leg on Tuesday.

Primeiro is in unchartered territory as the first ever Angolan side to have reached this stage of the competition and must fancy their chances of yet another upset, thanks largely to the solitary strike from the boot of Pedro Bua.

A day after officiating in the second leg semi-final in Tunisia, Sikazwe will travel to Cairo in Egypt, to join an elite group of six referees and six assistant referees that will undergo training in the implementation of Video Assistant Refereeing during the finals of both this year’s CAF Champions League and Confederation Cup.

The decision comes after the success of using the latest refereeing technology during the Caf Super Cup last February between Wydad Athletic Club (Morocco) and TP Mazembe (DR Congo) in Casablanca.

“This is a historic moment for African football. It clearly shows that Caf is determined and committed to the interclub competitions and will bring on board the latest and innovative technologies to make it better,” said Caf general secretary Amr Fahmy.

A preparatory course has been scheduled for October 24-29 in Cairo, Egypt.

In attendance will be 12 elite match officials (six referees and six assistant referees) to be supervised by David Elleray, Technical Director of the International Football Association Board (IFAB). 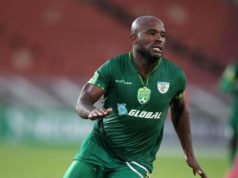 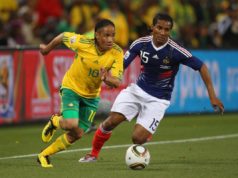